Ellie Douglas loves horror and she wants to scare you. She is the author of the Hounded Series, Fear Inducer, Toxic Desire, The Dead Undone and the Dead Wake Anthology. Her passion and love of horror drives her and she strives to spook you. Ellie also creates adult coloring books and makes professional book covers, all of which she thoroughly enjoys doing.

Time to chat with Ellie!

What is your latest book(s)?

I have two new books that were published in December 2017. The Dead Undone is a tale set in a haunted asylum; the ghosts and paranormal activity are the least of the worries that the characters have. For their greatest fears are the dead rising. My second book, The Dead Wake Anthology, is all about zombies in bizarre, funny, and also serious situations. It’s a book of ten shorts that will raise emotions within the reader that they never thought possible when it comes to zombies. 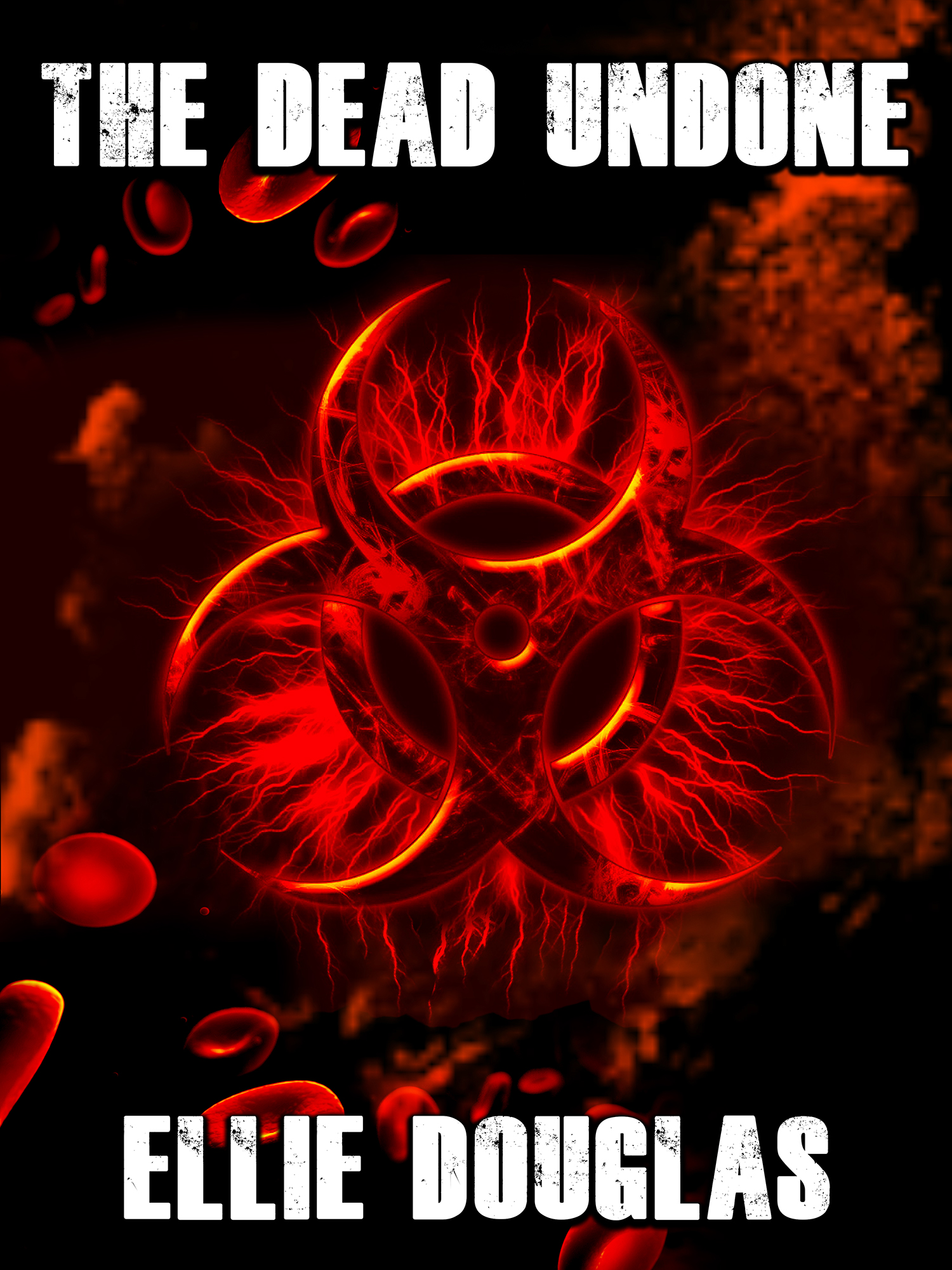 Is your recent book part of a series?

It might be, though I don’t want to sound cryptic, my books can all become a series but I haven’t any plans at this stage to do so.

What are the greatest challenges in writing short stories?

The greatest challenge I found in writing my short stories was where to end them. Once I managed that it was a home stretch from then onwards.

Do you write under a pen name? If so, can you tell us why?

Yes my first name Ellie is my chosen pen name that I got from my real name with a combination of my real first names letters. The reason for the first name change was because there is another author out there with my name and I didn’t want readers getting confused with who is who.

Both. The genre horror chose me and I also chose it. I tried my hand at a thriller but always found myself going back to my love of horror.

Are your characters ever based on people you know?

Not directly, but some of my characters are based off of people’s personalities. In particular, my own children have inspired me with the different personalities that I see in them.

I hear you have some very exciting news! Can you share it with us?

I am pregnant with aliens? No, my exciting news is that I just released two novels and that is pretty exciting.

If you were to advertise your book on a bumper sticker, what would it say?

No. I tend to fine tune the story as I go along, so the ending can change and has done multiple times. The title is either going to be extremely hard to reach for me in particular or easy. It just depends on the story. Sometimes I’ve come up with a title before I’ve even written the story and other times I’ve struggled with a title.

I do both, or have been known to do both. I’ll start off editing as I go. Then I’ll be so into the story that I just write it. Then I’ll go back and edit.

Have you ever imagined what your characters are doing after you’ve finished a book or series?

Yes, in particular my characters from my Hounded series. I often ponder about what they are doing. 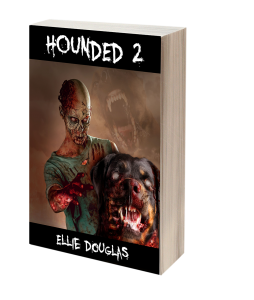 What are some of the crazy things people have said to you upon learning you are an author? How have you responded?

The craziest remark I’ve ever received was a simple word; ‘Really?’ to which I simply replied back, ‘yes’. I do so with a large smile and big wide eyes.

Are you easily distracted while writing? If so, what to you do to help yourself focus?

Yes, I’m very easily distracted. If I get distracted I have to stop. I’ll handle whatever has distracted me and then see if I can pick up from where I was. If not, I’ll do some reading, clean the house, watch TV or a movie and then get back into my writing.

Authors, especially Indies, are constantly trying to understand why some authors sell very while their talented fellow authors have a hard time of it. It’s an ongoing conundrum. What do you make of it all?

I believe it just comes down to who you know as well as having a massive financial backing. Without word of mouth and money in droves it is hard to do the advertising to get noticed.

We all know the old saying; you can’t judge a book by its cover. This is true. However, how much importance do you place on your book cover design?

I place a huge importance on my books cover that probably is because I’m a book cover designer so it has to be perfect. Being a perfectionist aids in that largely too.

I have full control over my characters, though in my latest novel, The Dead Undone, one of the characters decided to kill himself and I had to bring him back as he was pretty vital to the story. Lol

Do you ever suffer from writer’s block? If so, how do you get around it?

I have once and how I handled it was walking away from my writing. I ended up leaving it for a period of two long weeks and then when I returned and re read what I had already written the writer’s block was gone and I was able to continue forward. 🙂

Where do you live now? If you had to move to another city/state/country, where might that be?

I live where I was born, Auckland New Zealand. If I could chose another country I would go to England.

Favorite comfort food would be anything junk. lol Least favorite food is fish or basically seafood.

If you could be invisible for a day, what would you do?

Rob a bank! OK, I wouldn’t do that umm if I were to be invisible for a day I would go around giving everyone a terrible fright. It’d be fun to scare them silly.

What are the most important traits you look for in a friend?

Yes, they are all zombies. LOL I have four children and a wonderful supportive husband. One of my sons is going into medical science and I couldn’t be more proud. My youngest, the twin girls, are still in college and one of them is very artistic and creative, and has told me she’ll be an author and artist one day just like her mamma (That’s me). lol The other is going to be a saver of animals and wants to travel to places around the world to do so. Very ambitious 🙂 My oldest son has just had a baby and so yes I’m now a grand mamma 🙂 I love my family very much 🙂

You might be surprised to know that I invented a slots machine game called Infinity slots, unrelated to the one on Facebook, mine is ad free and one that you actually win, true to the name of (Infinity) 🙂

What makes you angry?

Twitter jail! What is twitter jail I hear some of you ask? Well it is when you tweet your daily limit of tweets and then you are told by Twitter with a message that says; you have exceeded your daily limit and must wait a few hours before you can continue. That ticks me off just a little. The only other thing that makes me angry is bad drivers. Those drivers that are putting on makeup and holding up the lights to go. Those drivers who are on their phones and turn without looking almost causing a head on etc. Yeah, those!

Mostly any music is soothing. I’m very found of the 80’s and also of the latest stuff being released. Shakira is currently one of my favorites and one of my twin daughters is currently right into K-Pop and I have to admit some of that is rather catchy and I often find myself singing along and moving to the beat of the music.

What was the most valuable class you ever took in school? Why?

Can there be two? If so it would have to be Art and English because they gave me the abilities to be what I am today, an artist and an author.

If you are a TV watcher, would you share the names of your favorite shows with us?

This might take a while there is a few. lol

The Fear of the Walking

There are a lot more. I happen to love TV and movies 🙂

If you could add a room onto your current home, what would you put in it?

Funny that this question is here as it is something that has been on my mind a lot lately. If I had the chance to add another room, I’d fill it with a large screen TV and DVD player so I could put in a treadmill and watch movies while walking 🙂

Have you ever walked out of a movie? If so, what was it?

I have. When I was 11 years old I was taken to see The Deer Hunter and well being a tender young age I couldn’t handle what I was seeing so I left. Much to the dismay of the friend that had taken me.

Seeing my kids laughing and giggling and having a good time. Seeing them grow before my very eyes. Watching movies and singing when no one can hear me, and trust me no one wants to hear me singing. But I love to sing out loud when no one is listening. Talking to my friends, and making them laugh.