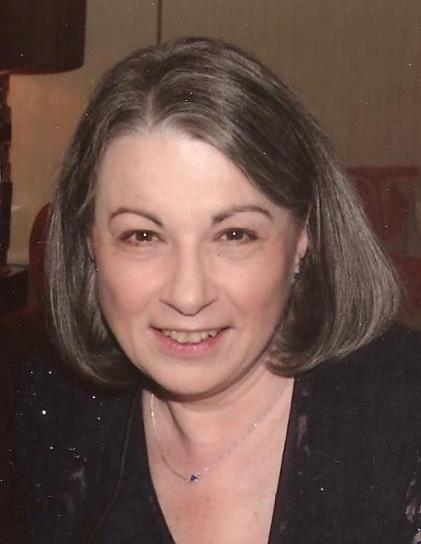 Born and educated in Boston, Massachusetts, Pat McDermott grew up a city kid in a family full of Irish music and myths that have found their way into her stories. The storytellers in the family inspired her with a lifelong love of writing. She’s been creating stories since she was a child, though her own two children were grown before she pursued publication seriously. When she’s not writing, her favorite activities include cooking, reading, gardening, hiking, and traveling, especially to Ireland. She lives on the New Hampshire seacoast with her husband and three talkative Tonkinese cats.

Time to chat with Pat!

The Bogwood Horse is the most recent. It’s the second in an adult contemporary romance series packed with music, myth, laughter, and love. The stories are set in Westport, County Mayo, a town in western Ireland I’ve visited often. The main characters appear in each book to add to the fun and drama. In The Bogwood Horse, Andy, a young Irishman who’s a computer whiz and a gifted singer of traditional Irish songs, is on his way home to Westport to attend his father’s wedding. Andy meets an alluring American wedding planner named Suzanne, who’s visiting Ireland for the first time. Suzanne wants a special souvenir to remember her visit, and Andy, who’s struggling with a family secret he’s not supposed to know, is more than happy to help her find one. 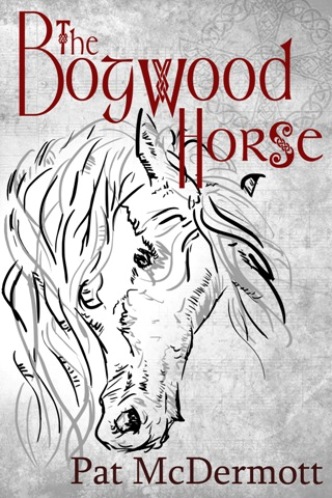 The first book, The Rosewood Whistle, tells the story of how Andy’s widowed father, a tour guide who’s also a brilliant flute and whistle player, meets and falls in love with a widowed American writer. I’m currently working on Book Three, The Cherrywood Banjo, a Christmas story featuring Andy’s banjo-playing cousin, a young man just out of the army, where he served with the UN Peacekeepers in Lebanon. Mysterious PTSD issues leave him bewildered, as does a talented photographer visiting Westport for the holidays.

Though The Bogwood Horse and The Rosewood Whistle are romances, my stories cross several genres and include fantasy, alternate history, science fiction, action/adventure, young adult, and romance, often in the same story. I find ideas in all sorts of places, from current events, to the family lore of cousins and friends, and to antique books, to name a few. Once my imagination runs with ideas and forms a story, I think it’s safe to say the genre chooses me. 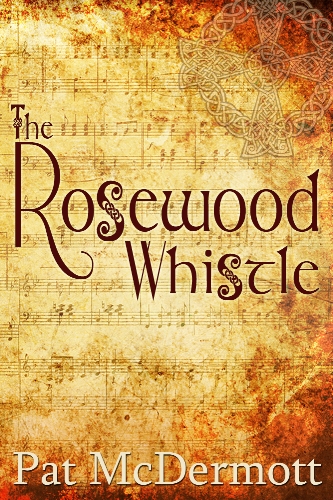 To me, creating the first draft is the hardest part of writing. Keeping the story on track is enough of a challenge; no need to complicate the process by editing too much at that stage. I will revise and edit so the pages are sufficiently coherent for my writing group pals, but so many details and plot twists change as I write, especially in a longer story, that excessive editing makes little sense until I complete the story. Then I thoroughly enjoy dealing with my “Things to Fix” list and sprucing up the narrative and dialogue.

How much of your own personality goes into your characters?

Very little, if any. I write to escape real life and personal matters. My characters and their reactions are entirely imaginary. I might describe a character or a setting from a female perspective (the gentlemen in my writing group are always telling me “A guy wouldn’t do that, Pat), but I don’t typically draw my descriptions from my own personality. I’m too boring.

Do you ever act out your scenes while writing to help you gauge how authentic it feels?

Not exactly. Not the way an actor would act out a scene, anyway. I do spend lots of time imagining scenes while lying in bed in the middle of the night, unable to sleep because neither the scenes nor the characters have the decency to leave me alone. 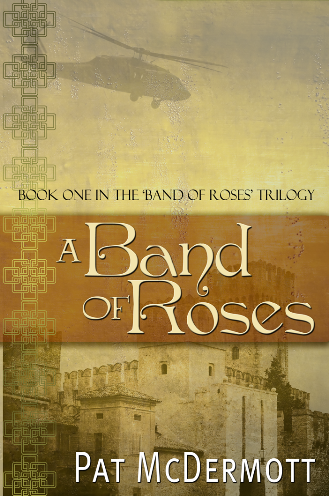 I usually have a general idea of the plot, and at least a vague idea of how the story will end. Getting there is the challenge. I count on my research (and the characters) to contribute to the story’s momentum and subplots. In all the tales I’ve created, I only knew once what the last line would be before I started writing (Last line in Glancing Through the Glimmer: And Janet danced.) As for titles, I’ve sometimes started a story knowing the exact title before I began writing. At other times, I’ve struggled to come up with one, even after I finished the first draft. 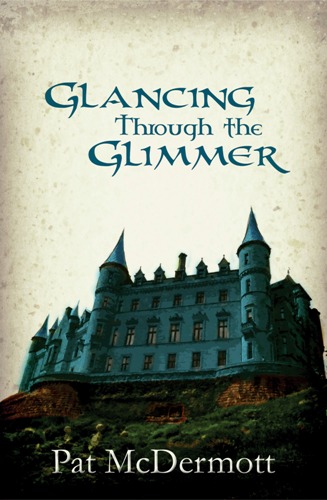 In addition to The Bogwood Horse and The Rosewood Whistle, I’ve written seven other books. The Band of Roses Trilogy (A Band of Roses, Fiery Roses, and Salty Roses) presents action/adventure and romance set in a modern Ireland that might have been if High King Brian Boru had survived the Battle of Clontarf in 1014 and established a royal dynasty still in existence today.

Another trilogy, The Glimmer Books (Glancing Through the Glimmer, Autumn Glimmer, and A Pot of Glimmer), which I like to call Adventure for Young Adults of All Ages, adds magic to this same “what if” scenario, courtesy of Ireland’s mischievous Fairies. A visit to County Sligo, my maternal grandparents’ ancestral home, inspired a ghost story/novella entitled Unholy Crossing. My writing group and I also have an anthology of short stories in the works. 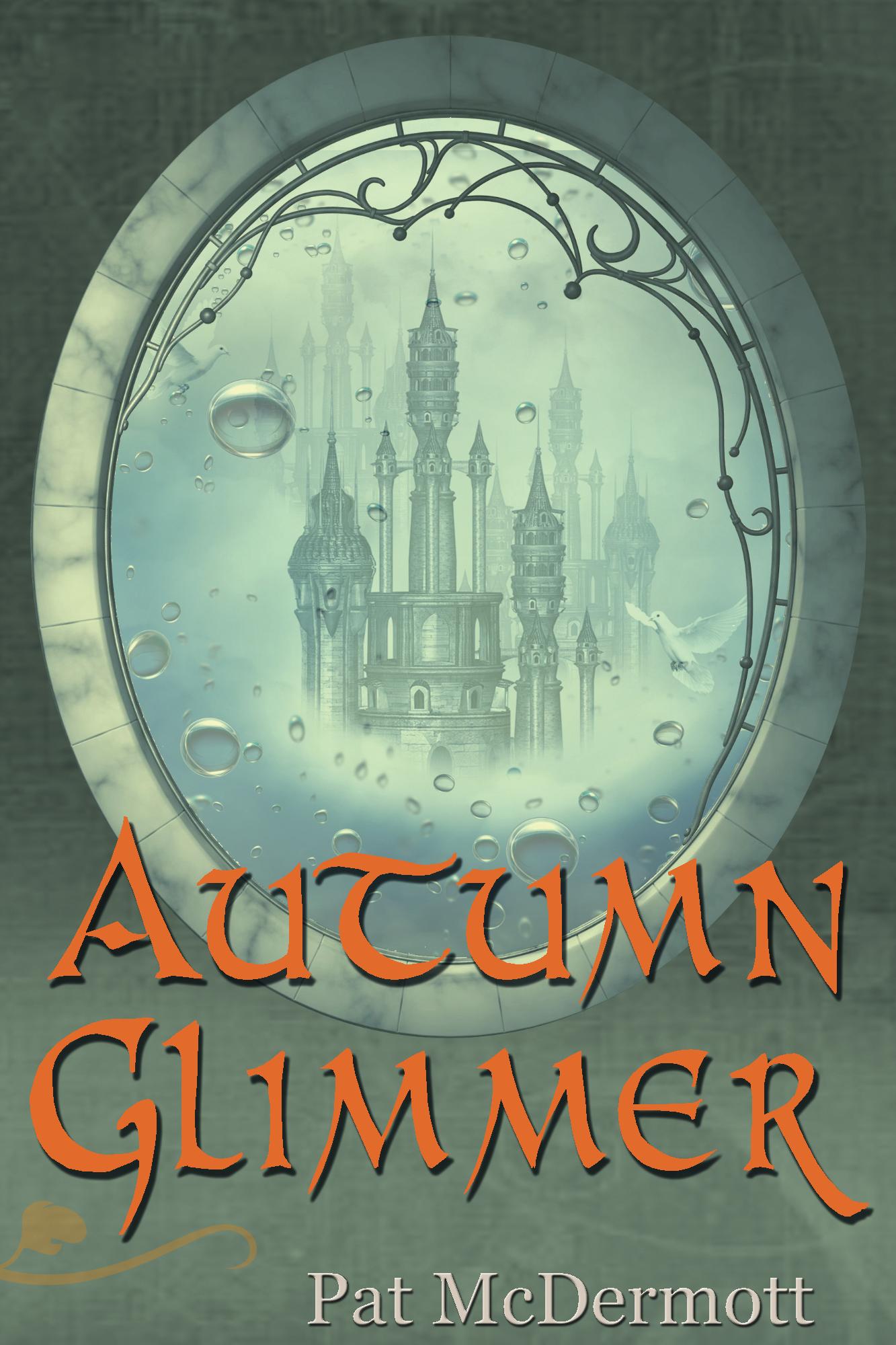 Have you ever imagined what your characters are doing after you’ve finished a book or series?

Yes, often. Such imaginings are undoubtedly how sequels and series are born. In fact, I started a new “Band of Roses Trilogy” book (what do you call a trilogy when it has four books?) but The Cherrywood Banjo trumped it. Those pesky characters…

Do you have any advice for first-time authors?

You’re the only one with the ultimate vision of the story you’re trying to tell. Don’t let anyone talk you out of it. Join a writers’ group, take classes or workshops, and never stop reading. Go out on a limb and read books you wouldn’t ordinarily read. To paraphrase an Oliver Wendell Holmes quote, a mind stretched by a new idea never returns to its original dimensions. Don’t be afraid other authors will influence your personal style. And exercise those writing muscles! The more you write, the easier it is to get your vision onto a printed page. Set goals and deadlines for yourself, and meet them. Persevere in your quest to become a published author, and enjoy the ride! 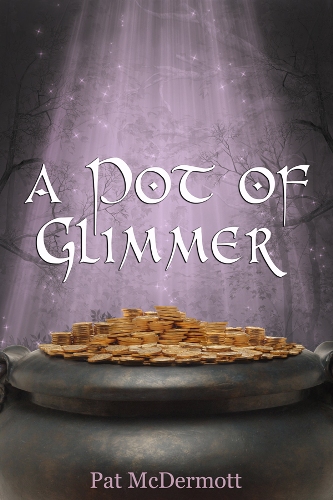 I will only let certain people read a work in progress. Foremost among these helpful readers is my writing group, a small assembly of talented and supportive authors I met in a writing class at the University of New Hampshire more than fifteen years ago. Over time, we’ve broken up and reformed in various configurations, but the core group is still intact, and we thoroughly enjoy our mutual critiquing sessions. We bounce ideas around, make suggestions, and offer invaluable insight. I’d be lost without them.

Are you an early bird writer or night owl? And do you have any must haves like coffee, chocolates, wine, music or something else?

Though I often wake up in the middle of the night and scribble barely legible ideas on a notepad in the dark, early morning has always been my most productive time for writing. I enjoy the sense of potential that comes with a new day, before grocery lists and appointments commandeer my attention. Good strong tea is a must, and when I do write late in the afternoon, a glass of white occasionally finds its way onto my desk. Music is always playing, but I can’t listen to singing while I’m writing, as I find the lyrics intrusive. Chocolate? Is it dark chocolate? Twist my arm. 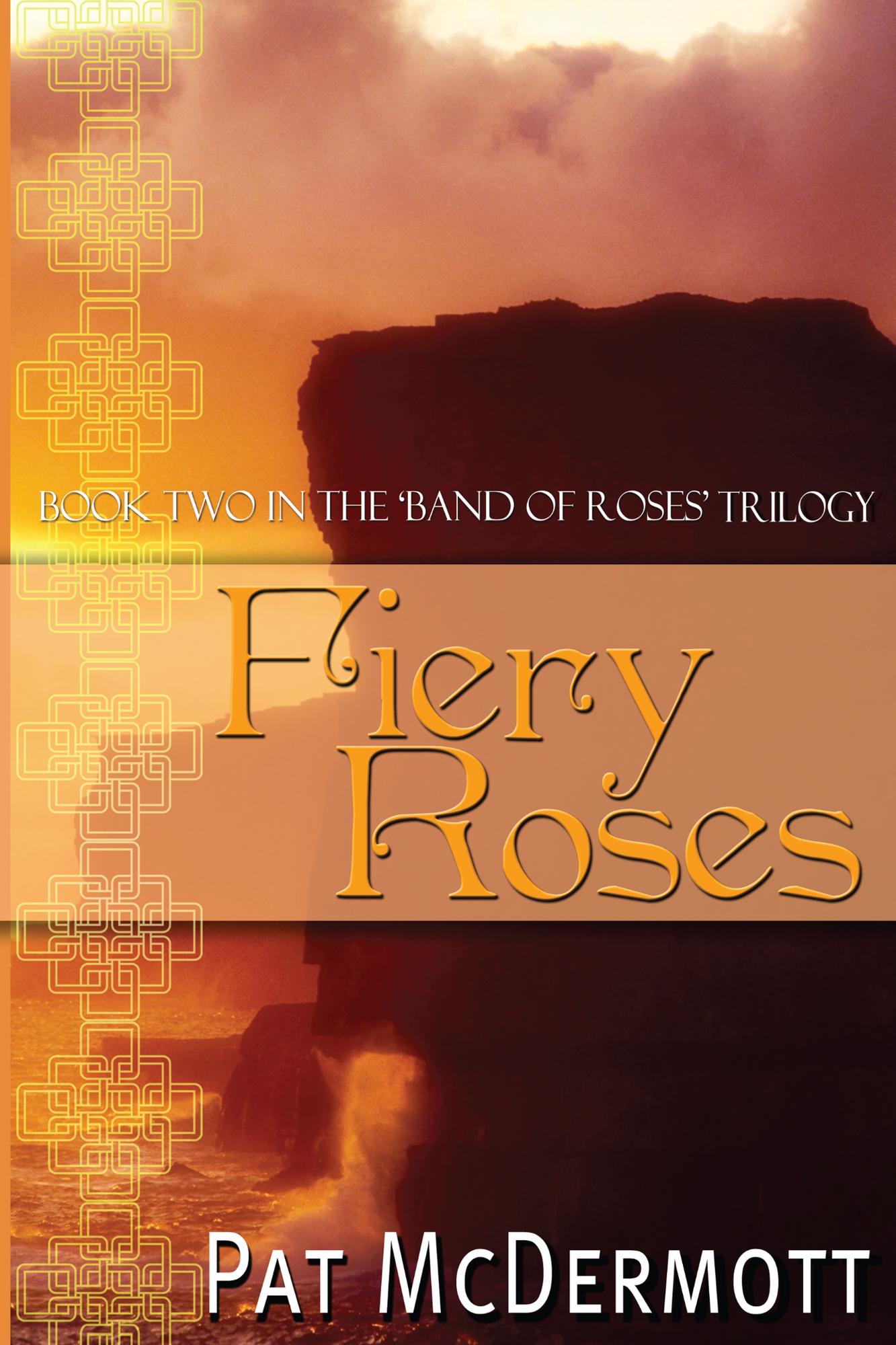 A little of both. Usually they behave and do as they’re told, but they’ve surprised me more than once by breaking into fist fights or spontaneous kissing sessions in scenes for which I’d intended entirely different endings. I don’t think that’s a bad thing. If I’m surprised, readers will be too.

Where do you live now? If you had to move to another city/state/country, where might that be?

I’m originally from Mission Hill, an inner-city neighborhood in Boston, Massachusetts. I now live on the New Hampshire seacoast, close to Maine and an easy drive inland, or north to the lakes and mountains. Though I doubt I’d ever stray far from New England, I wouldn’t mind living on the west coast of Ireland for part of the year. My husband and I have spent time in different parts of Ireland and enjoyed every minute. With everything that’s going on now, I worry that we’ll never return. I sincerely hope I’m wrong.

Any kind of risotto would work for me. I find a good Italian risotto dish as comforting to cook as it is to eat, and I make all sorts: saffron, sausage, shrimp, wild mushroom, spinach, chicken, and I could go on. Least favorite food? Green beans. My mother only served canned vegetables during the week. It’s taken me years to like vegetables at all, and I now enjoy several, but I still don’t care for green beans. 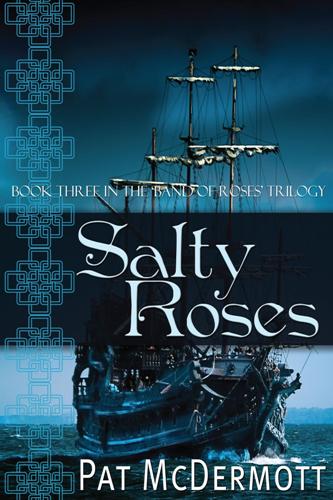 The music I choose depends on whether I’m writing, reading, cooking, exercising, gardening, driving, or home alone turning the sound up loud. The softer, new-age, classical music is good for writing and reading, though I’m currently writing a story about a banjo player, so I’m listening to lots of different banjo music ranging from Irish traditional and bluegrass to jazz and classical. I love Irish trad, opera, soft jazz, oldies, and classic rock. It’s nice to have options. 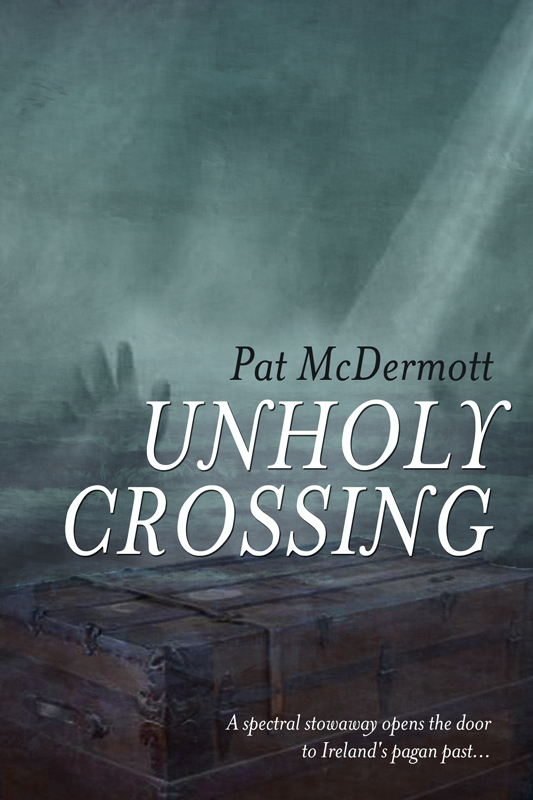