TweetWhen people learn I’ve written several books, one of the first things they ask me is “What genre are they?” That sounds like a pretty easy question. After all, I should know the answer to that better than anyone, right? Not always.

I finished my first-written novel, Squalor, New Mexico, in 1996. All I knew was that I had written a novel about a girl growing up in East Coast suburbia, but my focus was not solely on telling her story. I had a passion to tell a universal tale of dysfunction that is sadly prevalent in many families. I wanted to write about the lies and secrets that are endlessly perpetuated because for many people, hiding, blaming, accusing, and ignoring are easier alternatives to facing the truth.

For years, via snail mail (and snail responses), I tried to find an agent for my book. I never thought about the book’s genre until an agent told me she was charmed by the main character, found her to be a delightful narrator, but didn’t handle Young Adult.

It may sound silly, but I was floored. “Say what? But I didn’t write a Young Adult novel,” I protested to those closest to me. After a while, I realized that I’d been submitting what is technically a YA novel to agents who didn’t represent the genre. Ouch!

Today, the book is labeled as YA because the main character narrates the story of her life from the age of 9 until she is 16. And, yeah, it contains a lot of real teen angst before it gets heavy. But I’m still not completely convinced of the label. When asked that same question about genre today, I say, “General Fiction-slash-Young Adult.”

Recently, I finished reading The Catcher in the Rye. I first read it in high school and had absolutely no fond memories of it. Forget the fondness, I had no memories of it at all. I only knew I didn’t really like it. But now, I love it. I really appreciated Salinger’s work, and I laughed at Holden’s crazy, judgmental comments and his antipathy toward those he perceived to be phony. I felt empathy because I knew that the death of his brother and the suicide of a friend had traumatized him so much that he couldn’t move on. He was swathed in apathy while simultaneously being a keen observer of the human condition.

All he wanted to do was be a catcher in a field of rye. He imagined himself in this field, which was full of children and high on a cliff. As they played, he would stand there, near the precipice, to catch them should they be on the verge of falling over.

No doubt, there must be millions of teens who loved this classic book on the first read way more than I did. Would I label Catcher as YA? No, not really. Or not completely. The main character/narrator is a teenager and if that is the only criterion, then yes.

Last year, I read an article that said that 55% of YA readers are adults. That doesn’t surprise me at all. After all, if you’re reading YA, you’re going through similar situations now, have children going through similar situations, or are reminded of your own young adulthood. Or maybe you’re looking for a time machine back to your teen years, and a book is your best option.

When I began writing my most recent work, Mystical High, which is Book 1 in a YA paranormal trilogy, my mind was in a very different place than when I wrote Squalor, New Mexico all of those years ago. Yes, I was writing for a teen audience, but not exclusively for one.

In both of these novels, I write about the conflicts that the teen protagonists have with their parents. As an author, I like to tell a story. I try very hard, most of the time, to not stand in judgment or take sides. I’m not a big fan of black-and-white situations. It’s the gray area that gives the reader mental stimulus or content for discussion.

Interestingly, however, more times than not, I relate more to the pain of the teenager than that of the adults. Although as an adult, I cringe at some of the things I did when I was younger, there’s a part of me that is still screaming “Just because I’m young, doesn’t mean I’m wrong!”

This leads me into another question most authors, including me, are asked: Are you any of those characters?

No. I’ve never written any character that is wholly me. Where my teen characters are concerned, the “me” is probably the part of the characters that want their voices to be heard. But nothing is 100%, and even though I relate to the angst of the characters, it doesn’t mean I always agree with them.

When I published Squalor, New Mexico, I had many interesting comments from adult readers. Many told me they related to Darla, the main character, but a few people called her some not-so-nice names, even though they were complimenting the book. I found myself feeling very defensive, not as an author, but as a person. Those comments only reminded me that a reader’s perception of a character is really no different from a person’s perception of a flesh-and-blood human being.

Although I have always known that in large part, human beings are the product of their past experience, writing (and reading) Young Adult is a great reminder that the coming-of-age years are some of the most important of our lives. That transition from childhood to young adulthood is a road with many detours. While it may be prudent to stay on the straight-and-narrow road, diverging onto the side streets may give us life experience we wouldn’t get otherwise. But it can also give us life experience we may regret profoundly throughout our lives. 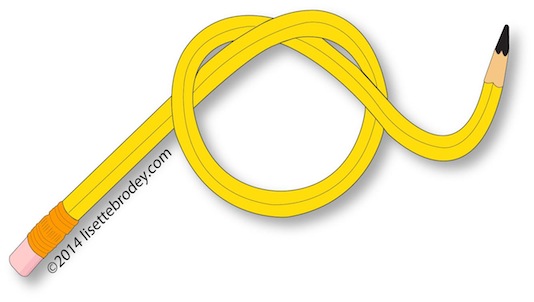 The coming-of-age years can be as frightening as they are exhilarating, and this is why I find writing Young Adult books to be emotionally satisfying and rewarding.