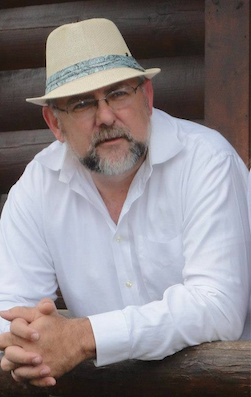 Robbie Cox is the author of Reaping the Harvest as well as the blog The Mess That Is Me. His blog is all about family and the quirks of going through this journey called Life. Residing in the sunny state of Florida, he can usually be found on his back porch with a cigar and a glass of scotch, surrounded by great friends and his family.

Time to chat with Robbie!

Reaping the Harvest was published last year. It’s an urban fantasy where an unwilling hero is entrusted with a sword and tossed into a battle between the Way and the Void. He is teamed up with a 2 1.2 foot ellyll and a 300-pound coshey in order to stop the demon, Vargas, from getting the best of unsuspecting humans.

The next book to come out is A Confused Life: the Mess on Steroids, which will be out in the next month. It’s a collection of essays along the theme of those found on the blog. Some have actually appeared on the blog, but have been expanded upon.

How often do your characters surprise you by doing or saying something totally unexpected?

All the time. I remember one storyline I was working on and as one character was heading off to find a wizard to assist their cause, he stumbled upon a body in the middle of the road. I had never intended for him to find anything of the kind and as I was typing I was totally baffled as to who it was and what to do next. It caused some major reworking of the future storyline over the next couple of days. I like to be surprised by the characters, because it keeps me on my toes and makes the book more alive. If they can surprise me, they will be able to surprise the reader. 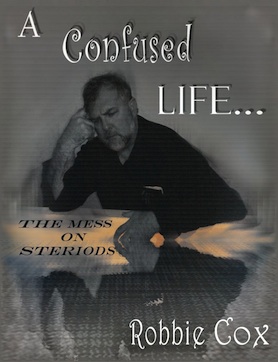 I prefer to write everything in order. I rarely have an outline, preferring to just allow the story to flow as it comes. I have an idea of where I want to go and a few scenes I want to include along the way, but for the most part, I allow the characters to tell their story.

I prefer to get the entire story down first, then edit like crazy. In the novel I am working on now, Losing Faith, the story changed toward the end, which caused some major editing of the beginning. If I had done my edits along the way, I would have wasted quite a bit of ink as it still would have needed to be changed. To me, the first draft is the creative part. The second draft is the real work.

Social media has its ups and downs; its good points and its bad. I have met several fantastic people through networks, such as Twitter and Facebook, which I never would have met before and made some great friendships. I have learned quite a bit about my craft and platform building by the people I have come across. Mt least-favorite part of social media would be how it has turned into a rolling billboard for the most part. I understand tweeting your links and products, but that seems to be all it is now. I prefer the communication with the people I meet. Tweet your books, by all means, but also stop and make a connection.

Were you “born to write” or did you discover your passion for writing later in life?

I was born to be a storyteller, I think, and that transformed into a writer. It could have very well gone the way of musician or artist, but telling the story is the main thing. I used to create elaborate storylines with my action figures when I was a child long before I thought of writing it out. From there I drew the worse cartoons ever to act out my tales of heroics and then by ninth grade it was a way to tune out my teachers. Now, it’s the first thing I do when an idea starts to form. I simply start writing it out as I see it in my head.

Don’t take it personally, which I know is hard because it’s like they are saying nasty things about our children. When someone criticizes my writing, I try to read their words without emotion, looking for those nuggets that might help me make the next piece of work better. Someone once said, we can learn things even from our enemies, and the same is true with negative reviews. People see things differently, so not everyone is going to agree with the negative or the positive. The idea is to take what you see and grow from it without allowing it to make you bitter.

Are you an early bird writer or night owl? And do you have any must haves like coffee, chocolates, wine, music or something else?

I’m both. What I am not is an afternoon writer. At that time, I am only ready for a nap. I love writing with classical music playing in the background and I almost always have coffee or whisky close at hand and sometimes a cigar.

I like to think I start out in control. I have an idea of where I want the story to go, but once they get on paper they tend to take over the story. That is when they have the control and I’m not sure I ever get it back.

What do you know now that you wish you’d known five years ago?

To just do it. Write. I hemmed and hawed so much and wasted so many years because of my fear or the myriad of excuses that I came up with for not writing that if I had just sat down and put pen to paper, I would be well ahead of the game by now. The only way you become a writer is by writing. Don’t listen to the naysayers, even when that person is you.

Have you ever played a practical joke on a friend? Ever had one played on you?

I used to work for a pizza delivery company and we were playing jokes on each other all of the time. I even did a blog post about it on the Mess a few months ago entitled the Practical Joke Goes On. We keep playing them, because we don’t want to be the last person it was played on. We want to laugh at someone else the way everyone laughed at us. It kept us from going crazy, I think. We do it within the family, as well, and our closest friends. You have to have a sense of humor to make it through life and sometimes those practical jokes remind you to laugh, even at yourself.

What are the most important traits you look for in a friend?

Honesty and loyalty, which I suppose you could sum up as trust. Furthermore, they need the ability to laugh and relax. I want someone who will stand by me as I stand by them. We have a close-knit group of friends who believe in living life and allowing the drama to remain in my stories. We support each other in their dreams and keep a positive outlook no matter what. It’s important to surround yourself with people who are going to encourage you to be the best person you can be and not discourage you as you press forward.

I could always brag about my family. We are a unique bunch, the girls and I and all of our kids. We have the greatest group of children, each successful and strong in their life pursuits and character. Two are at college, one is doing awesome in his career and teaching at a college, one is married and active in his church, another is about to begin school while working here in town, and the 8 year-old is active enough to keep me in shape and on my toes. The girls are all leaders in their workplaces and careers and have done a great job at keeping me from looking like a fool on paper as they fill the role of editors-in-residence. We have been blessed with an abundance of love that seems to surround all who come around us. We take trips together and enjoy being around each other. My family is my Heaven on Earth and I wouldn’t be able to accomplish half of what I have without them.

Do you have any guilty pleasures?

I never feel guilty about my pleasures. I think I’ve earned them. However, some of the things I enjoy that others may rail about would be my enjoyment of cigars and scotch. I also love a strong cup of coffee. Oh, and Reese’s Cups. Those are my absolute favorite and I cannot settle for just the two in a pack. I need more. Lots more.

What are three things you think we can all do to make the world a better place?

First would be to allow people to live the way they want to live, whether you believe in it or not. As long as they aren’t doing anything to hurt you, why would it matter how they choose to love or live? Second, everyone needs to do their part. This goes back to my answer about lazy people. We can all do something and we should each do what we can. And finally, see the heart of people and not the exterior. See beyond race, culture and gender; beyond sexual orientation and lifestyle, to the genuine nature of each individual and judge them by that. Sounds like I’m running for Miss America, huh? I just think if people focused on their own lives instead of other people’s, the world would be a much happier place.