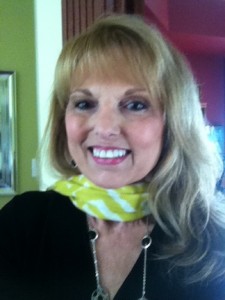 Rosary McQuestion was born in Brooklyn, New York, grew up in Wisconsin, and she currently lives in Michigan with her husband and their three cats. Following a long career in advertising and marketing, which included owning her own agency and later becoming director of marketing and creative services for a well-known party goods manufacturer, she now indulges in her love of writing—full time.

Time to chat with Rosary!

Once Upon Another Time 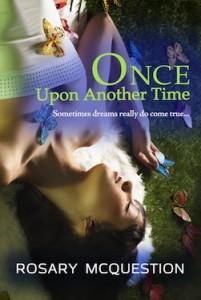 What do you think some of the greatest misconceptions about indie authors are?

A big misconception is that indie authors are not as talented as authors who have agents or large publishing houses backing them. I have read some wonderful books by indies whose writing talents are just as good as some of the well known authors of today. The general public, the readers who are not writers, don’t realize that indie authors actually work harder than well-established authors to market their books—they are more self-reliant. They have to take on huge challenges from start to finish. Although now agented, Wool by Hugh Howey is just one of thousands of examples of a great indie talent who rose to fame—on his own.

In my head, I have a snapshot of scenes that could work and write them down in a very rough sequenced outline, which by the way, always seems to change. I think it’s great if you can write in chronological order. Sometimes I can. However, depending on my mood on any given day, a particular scene (that may be chapters away from happening) will spark in my head, and I am compelled to write it immediately. For me, when creative juices are flowing, I must seize the moment and therefore, most of the time, I do not write scenes in order.

It’s funny because I never know the beginning but always know the ending. I’m currently working on a mystery series and know all three endings. For me, it makes sense because I have to know what I’m working toward. Otherwise I’d feel as if I were thrashing about in the middle of the ocean with no land in sight. As for the title, I usually come up with a few choices for a working title. I don’t really know how my characters will react, or what will pop up during writing, so I have to know the full story and have it completed before I settle on the exact title.

I know I shouldn’t but I obsess over trying to perfect each word, sentence, paragraph I write, which ends up stalling my writing and sometimes makes me feel as if I’m spinning my wheels and going nowhere. I’d read somewhere that when Joseph Hill, Stephen King’s son, was struggling with constant rewrites to perfect every line, King told him something that went like this: That’s what editing is for. Just finish the damn book! I’m trying to follow that same advice.

How important is the choosing of character names to you? Have you ever decided on a name and then changed it because it wasn’t right for the character?

Names give me instant images like Bertha and Otis always conjures up images of larger stature people, while Gwendolyn seems like a demure personality, Maria a fiery temper and Eden smart, quiet but somewhat of a temptress. Therefore, the names I choose for my main characters are very important and secondary characters, not so much. I always have a physical image in my mind of what my characters look like, as well as their personalities. Once I match a name to a personality, I don’t ever change it.

Social media has allowed me meet so many wonderful, talented people. I love that I can communicate with cyber friends from around the world. Technology is wonderful. I’d go crazy if I had to use a manual typewriter and whiteout, and rely on word of mouth to spread the news around town or from city to city that I’d written a book. And without Amazon a lot of indie writers, like myself, wouldn’t stand a chance of making a name for themselves.

However, after spending hours and hours on social media (SM) sites as opposed to hours spent on writing, it was as if the electronic umbilical cord that connected me to Twitter, Facebook, LinkedIn, etc. was in fact, strangling me.

I had to find a smart way to integrate SM into my life without sacrificing my writing. The point is that we use these potentially distracting tools to get noticed, to market ourselves, our books, but they are time consuming enough to significantly pull us away from things that are more meaningful. For me, it’s trying to get that next novel written.

Also, if done creatively, SM can be a great marketing tool. The trick is to think outside the box. With so many people using SM, it’s beginning to feel as if everyone is blandly similar.

How much research was involved in writing your book? How did you go about it?

I put a fair amount of time into researching Providence, Rhode Island, where Once Upon Another Time takes place. As well as Block Island where Aubrey’s husband Matt died. I am a firm believer in getting the facts straight. Just because my book is fiction, it doesn’t mean it should be geographically incorrect.

Do you write anything besides novels? Care to share?

I don’t anymore, but I had worked in advertising and marketing agencies for most of my career and did everything from design to account management. Included was a lot of copywriting for brochures, catalogues, television, etc. I also wrote PR.

If you’re going to be a writer, you have to be tough-skinned and realistic that not everyone is going to like your story. With that said, the reviewer might leave comments of constructive criticism, which a writer should take and learn from. Whether good, bad or indifferent, I always thank the reviewer for the time they took to write a review.

My advice to writers who let negative comments get them down is to go to Amazon, look up those iconic authors whose names are synonymous with New York Times Bestsellers, and read the one, two and three-star reviews.

As a child, I lived in a house that was haunted, so I do believe in the supernatural. My experience wasn’t as bad as The Amityville Horrors, but still quite frightening. There were cold spots in rooms and hallways, doors closing unexpectedly, lights turning off and on at will, and other strange happenings in the house.

It was an old 1930s house converted into a two-family dwelling. My parents owned the house and rented out the upstairs apartment. The tenants came and went quickly, and in between when the apartment was unoccupied we’d hear footsteps walking back and forth overhead. At first my father thought someone had broken into the apartment and with baseball bat in hand, he’d run outside and up the back steps to catch whoever it was. However, he’d always find the apartment door locked. After inspecting the apartment anyway, he’d never find anyone there. It got to be one of those strange things we grew accustom to hearing.

My parents had the house blessed by the Catholic priest from our parish, but things didn’t quiet down and my parents eventually sold the house. Our next house wasn’t haunted, thankfully. However, I have remained fascinated by what lives beyond our world. It’s what jumpstarted my thoughts about wanting to write a book.

Once Upon Another Time is a lighthearted paranormal romance, but I’d like to write a paranormal story that is darker, scarier, more bizarre—something more Stephen King-ish.