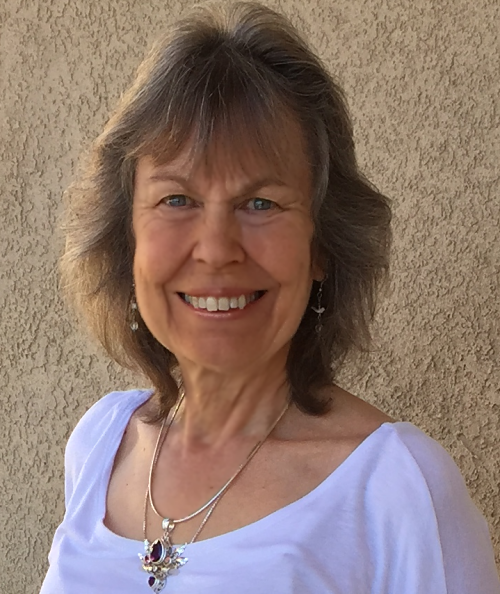 S. S. Bazinet lives in Albuquerque, New Mexico. After raising a family, she’s gone on to write more than a dozen books. Her favorite theme revolves around the ways that a person can embrace change and learn to appreciate themselves. Whether in a romance, fantasy or thriller, the theme of self-worth is usually woven into her stories.

Time to chat with Sandy!

The title of my latest book is Forgotten Blood. It’s about a demonic ghost named Col whose only aim is to destroy those who once called him a brother. When it came to fighting Col, nothing worked. Col was a master when it came to using anything combative or aggressive. And even worse, he knew how to manipulate a person’s mind, taking advantage of their guilt and fears. Being a ghost who had all the time in the world, he also had the advantage. No matter how long he had to wait, he promised he’d have his fun tormenting his victims.

While I was writing the story, Col was so unrelenting in his desire to wreak havoc that I began to worry about the fate of my main characters. I wondered if they would ever find a way to stop his destructive need to mete out misery. I was amazed and relieved with the way the problem was resolved in the end.

Is your recent book part of a series?

Forgotten Blood is part of a series, but it’s also a stand-alone book. It’s the kind of scary story that can capture a new reader’s attention very quickly. Plus there’s an ample amount of back story included. Without too much detail, new readers will quickly be brought up to speed with previous characters in the series.

I’m very fortunate, my first series, The Vampire Reclamation Project, chose me. It’s a metaphysical fantasy about reclaiming vampires. I’d had writer’s block for many years and grappled with a harsh inner critic. Finally, I surrendered. I decided to just have fun and appreciate whatever story came forth. It was the best thing I could have done.

Shortly after my decision, I sat down in the back yard with pen in hand. I didn’t know what type of story I was going to write, but a story began to write itself. I soon went from pen and paper to writing on the computer because the story was flowing out so fast. Within a little more than a year, I had the first drafts of six books. It’s taken me all this time to edit them and let them come to publication on their own timeline. The sixth book in the series, Forgotten Blood, has just been released.

I find it interesting that the series and I share in the idea of surrendering. In the first book in the series, Michael’s Blood, my main character, Arel, is desperate to get his life back. Believing he’s cursed, he’s willing to do anything to accomplish his goal. Before I wrote the series, I was desperate too. I’d been suffering from writer’s block for so long I didn’t know if I’d ever write successfully. We both got the help we prayed for. I couldn’t write fast enough after I let go, and Arel had an angel show up on his doorstep. The angel becomes his friend and mentor.

We were both “reclaimed” in a sense. I began to channel a beautiful story of love and devotion, and I also had an inner renewal. I began to take long, meditative walks, listen to music, and dance. I became a much happier person. While Arel, with the help of his angelic friend, Michael, was able to come to grips with his inner demons and his curse.

All these years later, I’m so grateful that this series and genre chose me and that all my books continue to write themselves. Could a writer ask for anything more?

What part of writing a novel do you enjoy the most? The least?

After having writer’s block for so long, I love it all, whether it’s starting a new book, editing it numerous times, or finally declaring it finished. For me, every aspect of the writing process is an adventure and a gift.

Have you ever written characters that you truly despise?

Yes, indeed. As I explained in an earlier answer, I had to deal with a demonic ghost in my latest book, Forgotten Blood. This ghost was a totally despicable entity with no redeeming qualities.

I’ve found social media to be a perfect vehicle for meeting other writers and authors. Many of these wonderful people are happy to share their thoughts and offer support. However, social media can be very time consuming. Therefore, I’ve had to decide how long I’m going to be on it each day and stick to that decision.

Do you ever have animal characters in your books? If so, do you find it a difficult thing to do? If yes, why?

Some of my stories have included dogs, cats and even pet mice. I find it very easy to describe their behavior and how they relate to humans. Maybe it’s because I’ve always loved animals and have noted the way they express their friendship and moods. In my story, Vampire In Heaven, a dog named Nippy becomes a very close friend and helper for my main guy, Alan.

One of my favorite novels is Traces Of Home (Book 1 of Open Wide My Heart). I loved writing about all the characters and the story. In fact, I loved everything about the novel so much that it took me a while to release it. What if someone hated it? Finally, I had to let go and surrender it just like I had to surrender my writing in the first place. Happily, many people have also loved the novel. I’m so grateful for that blessing.

I always wait until a story is not only finished but thoroughly edited. When I give the story to someone to read, I want it to be a wonderful adventure. If it’s not at its best, it could be disruptive to that experience.

At first, writing a synopsis was really tough. Now, after so many attempts at trying to convey what needs to be said in a few words, it’s getting much easier. The important thing is not to give up. Try writing one synopsis a day just for practice. Give yourself five minutes and then stop. If you do that for a couple of weeks, hopefully it will help.

Do you have any advice to a new author if they asked you whether to pursue the traditional route to publishing or to start out as an independent writer?

If you decide to be an indie writer, you have to be prepared to do all the jobs that a publisher does. All in all, it’s a big undertaking. Happily, with so much information available on the internet, you can research every part of the process and learn what generally works. After that, you can customize the information you’ve found and use it to fit your needs.

An important lesson I’ve learned is not to have impossible expectations. Building a readership and establishing a sound knowledge base takes time and patience. Enjoy the journey as much as possible. For me, writing and sharing my stories is a reward in itself. 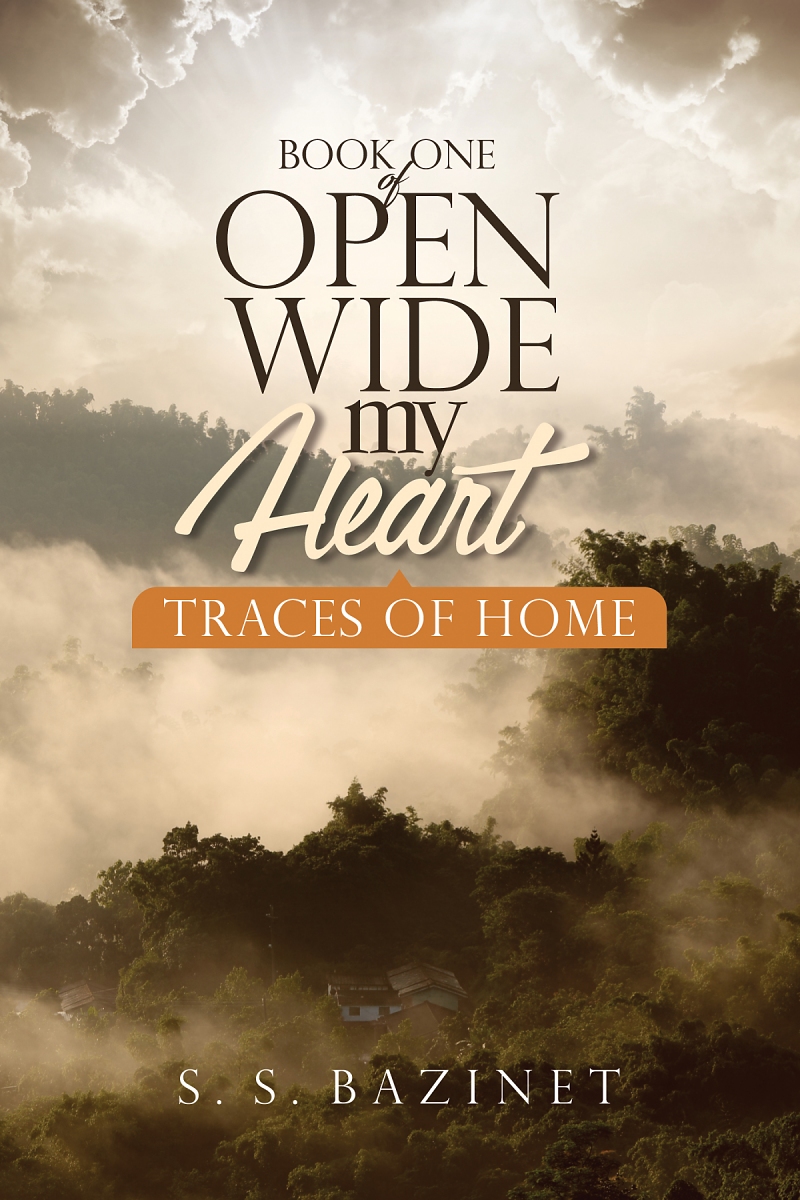 We all know the old saying; you can’t judge a book by its cover. This is true. However, how much importance do you place on your book cover design?

I think a professional, eye-catching cover design is crucial. It gives the reader a heads up idea of what your book might bring to the table. It can pull them in or leave them flat.

Have you ever started out to write one book and ended up with something completely different?

I never know exactly what kind of story I’m going to end up with. For example, I didn’t know that my story, In The Care Of Wolves: My Brother’s Keeper, was going to be a werewolf thriller. I didn’t know I could write one. I simply started writing about two teenagers. Before I knew it, the story morphed, and they were fleeing from people who were out to kill them and their families. However, the story has other elements that I found very comfortable to write about. Besides being a thriller, it’s a story about family, love and loyalty. It’s also about going beyond the narrow labels that people give themselves and believing in who they are. I call it a thriller with heart.

I also got a big surprise when I began writing Dying Takes It Out of You. I was writing the story in the third person when all of a sudden I noticed that the story was being told in the first person. I guess my main guy, Dory, needed to have a stronger voice. After that I noticed that I enjoyed writing in a first person POV. It’s like I can get a little closer to my character and understand what he sees and feels.

What do you know now that you wish you’d known when you were younger? Five years ago?

When I was younger, I wish I could have questioned and rebutted my negative self-talk. Five years ago, I wish I knew enough to check out a negative review without getting upset about it.

Really spicy food doesn’t work for me, but Italian food, that’s another story. It’s the coziest.

What’s the best gift you’ve ever given?

My children! I call them Earth angels because they are the best ever!

A cup of morning coffee. ☕️